In running the Justin Cobb Academy, professional mentor Justin Cobb works closely with people who want to hone their business skills and develop what it takes to be successful entrepreneurs. Recently, one of Justin’s business partners has been an entrepreneur from the United Kingdom, who is setting up his first American business in Atlanta, Georgia. Justin has been spending a lot of time in Atlanta, and helping him find his feet in the US market.

In working on this, Justin Cobb has found that it is very important to understand the differences between businesses on both sides of the Atlantic. While the language may be the same, there are a wealth of differences between the UK and the US, and for anyone attempting to start up in America after working in England, it is essential to know what they are.

“One of the most important things entrepreneurs from the UK need to know when they are still in the planning stages, is that things differ vastly from state to state. While in England everybody complies with the same tax laws and other things that affect businesses, in the US most of these things are done at a state rather than federal level. Everything from income tax and VAT through to the minimum wage is different in each state, and this not only is worth understanding when you are looking for where to start up, but also when you are dealing with clients and partners in other parts of the US – everybody is operating under slightly different conditions.” Justin Cobb explained.

Culturally, there are also some differences, and again, these vary regionally. You can’t assume that your target audience exists everywhere in America. You may have a service that is perfect for Southern California, but which nobody in West Virginia would be interested in.  So understanding each region is vital if you want to achieve success.

“Understanding business in America is not about understanding one country, but about realizing that that country is enormous and very diverse, and that you are going to need to tailor your messaging and brand to where you plan to be, or, if you plan to market nationwide, you may need to customize your messaging regionally.”

Justin is really happy with how things are going with his British business partner, who he very much hopes finds success in Atlanta!

Justin Cobb Talks About the Importance of Efficiency at Conferences, Ahead of His Conference in Philadelphia on Sunday 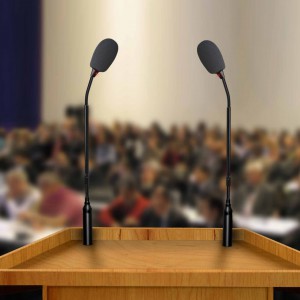 Justin Cobb Talks About the Importance of Efficiency at Conferences, Ahead of His Conference in Philadelphia on Sunday

Justin Cobb is no stranger to presenting, or managing and running conferences. As founder of Justin Cobb Academy, a company...