While the streets aren’t exactly paved in gold, the United States is still the ‘Land of Opportunity’ for anyone who has a will to succeed. That has been the underlying philosophy upon which the nation was built and has given encouragement to countless entrepreneurs along the way, entrepreneurs like Justin Cobb.

One of those successful entrepreneurs is Justin Cobb who began his career in direct sales and marketing. He formed a highly successful marketing company, representing many big names.

After developing a highly successful business in the United States, Justin Cobb decided it was time to take his marketing approach to new markets and was warned by many market analysts that he was taking a big risk by branching out into the unknown. His response to them was that “There is always a certain amount of risk involved but if you have a well thought out plan and a positive approach, the risk is minimal. You have to know where you are going and that is one thing I am sure of.”

He first brought his business acumen to London, built a successful enterprise and then decided it was time to move on to the continent. After successfully capturing markets in Spain, Portugal, Italy, Ireland, Scotland and Wales, he felt it was time to return home to, in his words, “the Land of Opportunity.” It is his firm belief that you must embrace opportunity when it presents itself to you and that “You may never get this kind of a chance again. If you fear change you will never grow and will stay dormant. That’s not what business is about, it is about growth so you need to embrace risk rather than run from it.”

Now back in the United States, Justin Cobb has gone from just one client to five major clients within the first eight weeks of being on home turf and everyone who is familiar with this human dynamo is expecting great things within the coming year. As a public speaker, an entrepreneur, a marketing professional and a successful investor, Justin Cobb wants to help budding entrepreneurs learn to understand the concept of risk and how it is actually the foundation of all successful enterprises.

After all, he says that “If there was no risk involved, everyone would be a successful entrepreneur and that just isn’t the case. Those who are willing to meet risk head on and overcome it are the ones who reach the top.” Citing some of the world’s most successful entrepreneurs like Bill Gates and Steve Jobs, his point is well taken. They were turned down by the biggest computer companies of their day and look at the proportions to which Microsoft and Apple grew. It was a risk they took and rose above, proving their critics wrong. Risk is inherent in every business venture, it’s how you face it that matters. 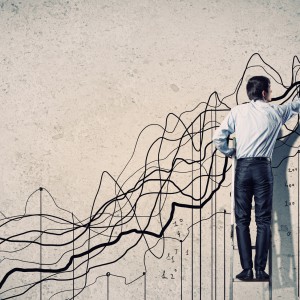 Smart entrepreneurs have a thorough plan in place before they launch their business. They'll know what finances they need...