Traditional forms of advertising were always a hit and miss affair. Flyers and newspaper advertisements could end up in the waste bin, and when the adverts start on a television channel it’s a cue for many viewers to start channel surfing. Online advertising promised a new era of advertising, one that could demonstrably reach the target audience, but has it delivered on its promise? A study by Inc.com looked at why there is a huge waste in online advertising, and found that banner blindness was a growing concern. Here, Justin Cobb reviews this study and looks at more effective ways to advertise.

“Changes in technology are providing new opportunities for advertising, but that doesn’t mean that businesses should abandon traditional methods”, said entrepreneur and public speaker Justin Cobb. “If your online campaign is failing to deliver the expected results, then it’s important to assess why it’s going wrong and find more viable alternatives.”

The internet is becoming an increasingly advert heavy environment. But are consumers becoming resilient to these adverts in the same way that they were to television and radio ads? Two of the areas that the study address are bot traffic and advert invisibility. A large percentage of net traffic is no longer human, but automated. This means that businesses are paying for ads that are seen by far less potential consumers than they may think. Bots are becoming increasingly prevalent, and while efforts are being made to address this problem the situation could get worse in forthcoming years. Another very real problem surrounds the visibility of the ads. Many ads pop up in completely the wrong place. A study shows that a staggering 1.8 trillion ads were paid for but not seen in 2012, because they were obscured by other items. Another study found that over half of all adverts are not seen at all.

Even when they are in the correct position, are they actually seen and recognised? Banner blindness is widespread among internet users. This means that they subconsciously shut out the advertising content on web pages, and only really see the content that they came for. Surveys have shown that consumers remember very little of what was contained on advertising banners. It is thought that around 86% of consumers have banner blindness.

“It’s clear that the current system of online advertising is broken”, said Justin Cobb. “By concentrating on traditional direct marketing techniques, businesses can enjoy much more success when it comes to customer acquisition and brand growth. Consumers like human engagement and that’s why face to face marketing is still effective, even in our technological age.”

Many businesses are now turning away from online banners, and reaping the rewards that more direct marketing campaigns can bring. Justin Cobb can help your business find a more effective way to promote your brand. 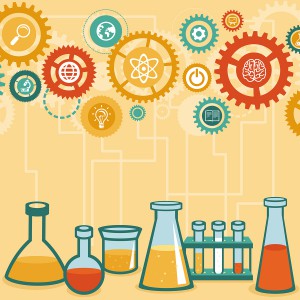 New technology is transforming society in general, and business in particular. Marketing too is being transformed. Creating...