Self-Made Success is a Lie

It’s a common story that we hear every day. The story of the self-made multi-millionaire who made their wealth all on their own. We hold these people up as inspirations and look to them for clues on success. And we are right to do so. We can learn a lot from them. Just perhaps not in the way we think.

Reality isn’t so clear cut. The truth is that no success is self-made. People are a product of their environment and supported and driven by the people around them. This doesn’t mean anyone can’t choose to pursue success. But it does mean that if you do so, you must focus on surrounding yourself with the right people. You can’t do it on your own.

Of course, there are real self-made people out there. Often they are the people who get close but never quite make it. They push and struggle and fight on their own for years. Always getting close, but never quite getting there. Then they convince themselves that they’re not good enough. Or perhaps that they have been unlucky, and missed opportunities. But they are missing the bigger picture.

Even a fighter who stands in the ring on his own needs the people around him to support him. That’s certainly the opinion of Conor McGregor, one of the world’s most famous MMA fighters. When Conor won his first UFC world title in 2015 he said, “I honestly believe there is no such thing as self-made…. For me it certainly doesn’t. The people who have been around me for my whole career have helped shape this moment”.

No matter what point in your journey you are at, it’s important to take the time to look around you. To make sure you surround yourself with the right people. Because that support network will either make or break your journey to success. Don’t try to do it on your own. Open yourself up to the tools you need to succeed.

How to Retain Your Best People 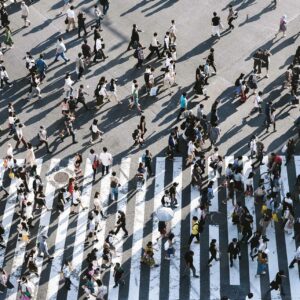 How to Retain Your Best People

Employees and collaborators are the backbone of any good business. Nothing can be more damaging to a business than losing...