Most people are born confident. You’ll never see anyone as at ease with themselves or their surroundings as a small child. They bristle with self-confidence. They do what feels natural. Children talk to who they want. They aren’t afraid to ask ‘dumb’ questions. They don’t obsess about how they appear to others. When they ask for what they want, they do it with a sense of self-assuredness that there is no reason why they should not have it.

As many people grow older, they lose that self-confidence. They experience some tough knocks and rejections in life, and they start to train themselves in a negative mindset. When bad things happen, it’s because they aren’t good enough. Not because bad things just happen. They build up an inner voice that tells them, “You aren’t good enough. Keep quiet. Don’t take up space. Don’t try because you’ll fail”.

How can we, as adults, harness that self-confidence of a child again? It’s certainly possible. When we see people who are confident, we assume they have always been that way. But if you sit and talk with most of them, they’ll tell you that it’s a process of hard work. One that they engage in on a constant basis. They didn’t just become confident. They chose it.

We asked Justin Cobb, international business owner, and entrepreneur, for some tips on gaining self-confidence.

Sit down for a while and consider the person you would like to be in a year’s time. Imagine a person that you are proud of. A person you would be happy to introduce to anyone. People with low self-confidence often have an image of themselves as a bundle of negative traits. Picturing yourself as the best you can be will allow you to change that perception.

Tell yourself that you are the things you want to be. You have an inner voice that is constantly telling you negative things. Combat it by telling yourself positives. The best way is to ask yourself loaded questions that assume positives. This fools your brain into accepting them. Instead of saying, “I am good at public speaking” try asking yourself, “Why am I so good at public speaking?” You force yourself to answer the question and skip straight past assuming the answer to be correct.

Negative feelings hurt more when we avoid them because we don’t give ourselves a chance to get used to them. Do the exact opposite of what you want to. If you’re scared of getting rejected for sales, then do twice as many pitches. If you’re scared of public speaking, then find as many opportunities to do it as possible. Short-term pain, long-term gain. In the end, you’ll wonder why you were ever worried.

How Not to Make Money as an Entrepreneur 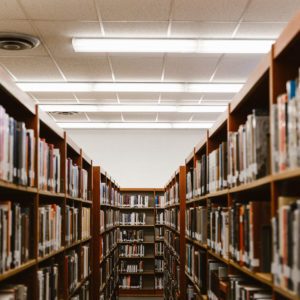 In the modern business world, it’s becoming common knowledge that many of the top companies are looking for skills over...