In the modern business world, it’s becoming common knowledge that many of the top companies are looking for skills over grades when hiring. The word ‘college’ doesn’t even appear in Google’s hiring manual. Many companies have gone on record stating that they assess entirely on skills and don’t even look at degrees. Of course, the same companies have also stated that most of their employees are graduates regardless. The implication being that if you want to work in the corporate world, you are more likely to gain the relevant skills if you attend college.

But how does this work for an entrepreneur? As entrepreneurs, the only person we need to impress is ourselves. You could say that we are hiring ourselves for a position. The position of being our own boss. Is college important for that position? The answer, unsurprisingly, varies as much as people do.

Being an entrepreneur is driven as much by skills as any other type of work. It may be a different and more comprehensive set of skills, but it is still a skillset. So the question about whether college is important comes down to how well you think attending college will develop that skillset.

Some of the skills you can learn in college include working as part of a team, public speaking, time management, networking, work ethic, student mentality. So it’s fair to say that in the right hands, a college degree could be a very powerful tool. It could help to learn a lot of the concepts needed to be an entrepreneur. But those skills can be learned eslewhere if college is not something you can afford or have time for.

Many entrepreneurs start out with nothing. Yet they are able to gather much of the basic expertise required within a short time, by running a business. There is no greater way to learn than being in a situation where you need knowledge to survive but don’t have it. The important thing is to focus your learning on skills. Don’t trust that a degree in itself will be enough to prove you have what it takes. 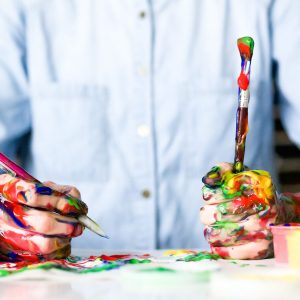 In many corporate environments, you can find fairly strong lines drawn between different types of workers. Managerial, creative,...