If you are an entrepreneur looking to expand your global reach as a means of growing your company, there is much to consider. According to Justin Cobb, entrepreneur and CEO, it will take a fair bit of research to find the countries most amenable to entrepreneurship. One source he often recommends is the National Expert Survey (NES) as compiled by The Global Entrepreneurship Monitor, aptly referred to as GEM.

Justin explains that there are a minimum of 2,000 experts surveyed in more than 50 participating countries with a minimum of 36 experts weighing in per country. These experts rank their country in 13 main areas that make them suitable for entrepreneurship, but the one thing that isn’t clear in the data they provide is how easy or difficult it is for foreign entities to do business in those countries. Justin says that once you’ve found the top countries for entrepreneurs, it will take a fair bit of research to see what is needed for a foreign concern to start a business there.

“Two of the main concerns I, personally, consider include a country’s view on women entrepreneurs and also economies seeing consistent growth over a period of years. While some countries are well suited to entrepreneurship in terms of supporting entrepreneurs in their educational systems, they are not as supportive of women in leadership roles. I weigh in heavily on equality and if that suffers, I rule out those countries.”

Another area you will not find addressed in the GEM report involves specific industries. This will also take a good deal of research because not all products or services are as well-received in one country as in another. Social, political and religious underpinnings may interfere with or prevent certain industries from doing well within certain nations, so that is something to be considered as well. “Just because a country ranks highly in terms of being supportive of entrepreneurship doesn’t mean your particular industry will do well there,” Justin remarks.

All things considered, this year the United Arab Emirates, the Netherlands and Finland rank in the top three countries supportive of the global expansion of entrepreneurs. As a marketing pro, Justin recommends consulting with a marketing team expert in data analysis if there is any concern over how your products or services will be received in a country of interest. “Research is the backbone of success in global expansion,” Justin concludes, “and with numbers in hand, you will be able to choose the countries best suited to your business.” 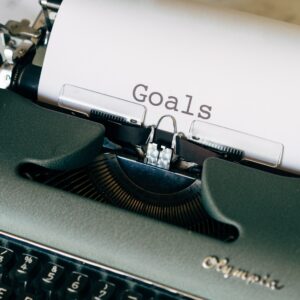 There are very few people who don’t set goals, personal or business, but sadly less than 10% will ever realize the goals...