There are very few people who don’t set goals, personal or business, but sadly less than 10% will ever realize the goals they have set with the best of intentions. In our personal lives, we imagine where we would like to be a year in the future and perhaps jot down a few of the steps we should take in order to reach that destination. The same holds true for businesses seeking growth. They set a figure and then map out strategies to help them achieve that goal. However, is that sufficient? Is there something they are missing along the way?

“No one was prepared for such a major disruption in the supply chain,” he explains. “Had they known that some suppliers would have their doors shuttered as a result of the shut-down mandates, they could have had a list of alternate suppliers to order from.” Justin says that by periodically reviewing their goals they might have foreseen supply issues as an obstacle that would need to be circumvented if they were to meet their production goals.

By periodically reviewing your goals, you might find areas that have caused a delay or even a financial setback. “Every time you set a goal it should be seen as a learning experience, a work in progress. As soon as you encounter a roadblock, it’s time to get back to your plan in order to reroute your path to success.” Justin believes that the main reason so many people fail to meet their goals is that they are not taking the time to reassess the best path forward. Justin explains that those stumbling blocks can help you find a better way forward if you take the time to understand how they impeded progress so that you won’t encounter them again. 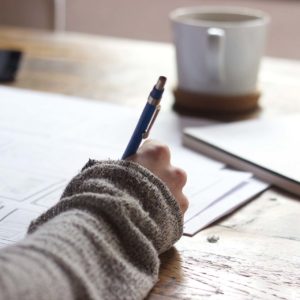 Although brand and PR, Public Relations, are often used interchangeably, there is a marked difference between their function...