As an entrepreneur, it’s important to always have a good grasp of reality. But humans have innate biases built into their brains that sometimes make this hard. If we are able to understand and manage our own bias, we can see the world as it is. If we cannot, then we run the risk of making constant bad decisions.

What are some of the most common cognitive biases, and how can we combat them?

This is one of the most well-known biases, but also one of the most common to fall victim to. Even when we know about it, it can be hard to avoid. Confirmation bias means that we tend to look for information to support our beliefs. We disregard conflicting information because it doesn’t fit our beliefs. This means that we can get stuck on the wrong path.

We combat this bias by making the effort to prove ourselves wrong instead of right. Seek out people with conflicting opinions and listen in a non-judgemental way. Try to have your mind changed. It doesn’t mean that you’ll always be wrong. But at least you’ll know when you are.

The bandwagon effect means that we are much more likely to make decisions that are popular. The idea is that if everyone is doing it it must be good. But in reality, we can see many examples of when this isn’t the case. Sometimes it takes us to do something different to get new and better results.

We can combat this by being extra wary of ideas that are popular. Take the time to give these ideas a close examination, and make sure they are solid.

The status quo bias tells us that it’s better to keep things as they are. Especially if we are comfortable and not suffering large negative consequences. But this can lead to stagnation. Or to situations in which we invest too much time into projects that are failing or stalling. Sometimes we need to make changes to make progress.

We combat this bias by stepping outside our situation and viewing it in an objective way. Sometimes the best way to do this is by having friends who will give us the right advice. Nothing is more valuable in business than good counsel.

Businesses Thriving in the Pandemic 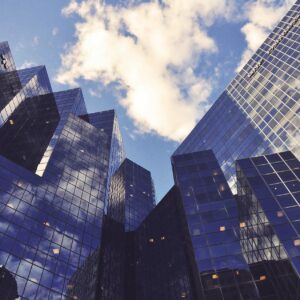 Having a great idea is how many entrepreneurs being their journey. Turning that idea into a great business is not a small...