It’s what we dream about, isn’t it? Having something meaningful to say that holds so much value, that it actually impacts hundreds of lives. Wanting to make a difference, but not having a platform to speak out from or not yet having any significant influence in the sector you’re talking to, it can be frustrating, but here’s how Justin did it.

Businessman, Entrepreneur, and Influencer, making his fortunes and enjoying his dream lifestyle – but started from the very bottom. Justin Cobb didn’t start out as the expert in his industry, and the sought-after mentor that he is today, tho he got there by committing to the role and the person he eventually wanted to be, every day leading up to now. Justin quickly took to the role of leading people, teaching and training them, building them and setting the example. He realized that he flourished in this environment and from then he knew that if he did this right and worked hard enough, he could use his passion to make him successful and others who followed him. So Justin’s journey began by being influenced by his leaders who were the experts at that time, he listened well, he replicated their actions and adopted their best habits, and as a result, he got great results, and soon enough people began to look to him to be the example.

Justin Cobb knew that he had great advice and information to offer to those in his industry, he was passionate about sharing this wisdom and teaching it, he wouldn’t try saving it all for himself and reaping the rewards because he understood that helping others is how you help yourself. After time Justin’s voice got louder and louder, and he created his own platform which he could be heard from. From starting out as a sales representative amongst a hundred others, he was inspired and impacted by his mentors and eventually Justin got unbeatable results and became great at inspiring everybody around him. Justin’s key to success was just getting very good at what he knew he could do well. Something clicked, and he understood the business model and industry clearer than anything else he had tried up till now, so he got obsessed with it and people began to believe in him and look to him for advice and guidance. And that’s how Justin Cobb went from being influenced and impacted by the industry to making a phenomenal impact back on the industry.

Justin Cobb On Setting The Pace In Everything You Do 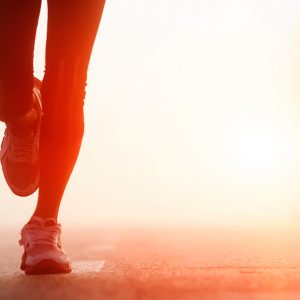 Justin Cobb On Setting The Pace In Everything You Do

If you are in a position of leadership, maybe you’re a coach, an example or a mentor, you understand that you have to lead...