How Generation Z is Changing Entrepreneurship

As an entrepreneur, it’s always important to keep a close eye on how things are changing in the world of business. If you’re a company owner and you’re stuck in doing things one way, it might be okay for a while. But eventually, you’ll start to notice that the world keeps changing around you, even if you don’t adapt. Generation Z is the newest generation coming into entrepreneurship, and they’re changing the face of it quickly.

Generation Z is a group of people born between the mid-’90s and 2010. This generation is starting businesses earlier than any before them. They’re doing it smarter and in unexpected ways. They’re also deliberately distancing themselves from earlier generations by the way they operate.

For one thing, Generation Z is the most entrepreneurial generation in history. Over 40% of students currently studying want to start their own business, rather than working for a company. Many of these expressed an interest in running multiple businesses at once and diversifying their skills and talents.

When we look at Millennial entrepreneurs, we already notice a trend towards early entrepreneurship. Most entrepreneurs from this generation tended to start in college or shortly after. But Generation Z is taking this to the next level. We’re seeing more and more entrepreneurs in High School, and even younger. Kids under 10 years old are growing savvy, competitive, and profitable brands, and not by accident. Access to information means those who want to innovate can learn fast and early.

One of the other core tenets of Generation Z entrepreneurship is building communities that help each other out. Gen Z entrepreneurs often don’t see themselves in competition. They share information, mentoring, and resources. They even support and market for their competitors, realizing that a sense of community only helps their bottom line.

This generation is becoming competitive in the marketplace, and changing how we do business. There are many things we can learn from watching which new trends will become part of the status quo, and which will fade away.

Getting Rid of Dead Weight 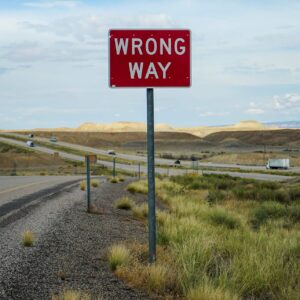 Communication is one of the most vital elements of leadership. It could be the one thing that tips the scales in your favor...