Communication is one of the most vital elements of leadership. It could be the one thing that tips the scales in your favor with people. It doesn’t matter how confident and competent you appear. If you are giving out a negative message when you speak, you’ll lose people. At Justin Cobb Leadership Academy there are certain words we tell our leaders to avoid.

Wrong is an interesting word. It’s not a negative word in itself. It’s important to understand when you, or someone else, is wrong. But oftentimes it’s a subjective notion too. When we say wrong, we mean that we disagree. Or we mean that the opinion or idea isn’t a good fit for the current situation.

Using the word ‘wrong’ too often when it’s not appropriate will make people get defensive. They may consider you a person who thinks they know everything. Make sure it’s accurate before you say it.

When giving feedback, it’s tempting to paint in broad strokes and generalize. This often means using absolutes. “You never arrive at meetings on time”, or “You’re always making mistakes in your reports”.

Often we do it because we have strong feelings about the subject. But if it’s not accurate, it invalidates our point. People will go on the defensive and look for examples of times when your statement is wrong. Be more specific instead. Say, “Last week you were late three times to meetings”, or “There were mistakes on 10 pages out of 12 on your reports this week”. This way you allow the person to confront reality, rather than a negative attack.

When giving feedback, it’s good to focus on framing things in the positive. So telling someone they shouldn’t do something, or “Don’t do x” may not help. Our brains don’t respond well to negatives. Instead tell the person what they should do, or what you would prefer that they did.

Even applying these few small tweaks to your communication could have big results in your daily conversations.

How Generation Z is Changing Entrepreneurship 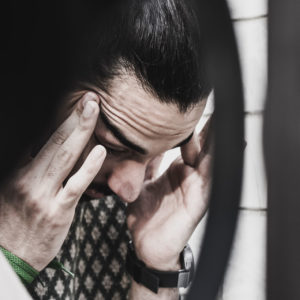 As leaders, we want to make sure that we are presenting the best version of ourselves that we can. But it can be difficult...