The mere mention of performance feedback might cause many people to have a sinking feeling in their stomachs. Being sat down in a room and told your weaknesses and your failures isn’t a comfortable feeling for anyone. But in many corporate environments, it’s a regularly repeated ritual.

Feedback shouldn’t be a negative thing, however. In fact, when done correctly, it should uplift your employees, and lead to better performance. But giving feedback is a skill. Not just something that you do thoughtlessly. So what are the key elements of a positive feedback experience for both parties involved?

Many managers try to lighten the blow of feedback by phrasing it in a softer way. They might even frame the problem in the context of a smaller problem, or take partial responsibility to take some of the edge off. Good feedback is honest and straightforward. It’s hard to improve if you don’t know what you did wrong.

Rather than saying “You tend to do this”, instead trying giving a specific example of a time when the problem occurred. Let’s say that the employee has a negative attitude in emails with a client. Instead of saying, “You have an attitude with clients”, say, “In this email to this specific client, on this date, you wrote this.” If you give someone a specific example, it’s easier for them to realize what they did wrong, and harder to make excuses.

Consistency matters a lot when it comes to feedback. And in many different ways. For example, don’t give conflicting feedback. You can’t tell someone they overwork themselves, and then also tell them that go home too early. If your feedback seems to contradict itself, then you’ll be viewed as a person who just complains for no reason.

Another way in which consistency matters is when it comes to fairness. For example, if you tell one employee they need to work harder and let a second employee be seen to be lazy and not reprimand them. In this case, you make the first employee feel undervalued.

These are just a few of the methods you can use to sharpen your feedback and make it more palatable for the person receiving it. 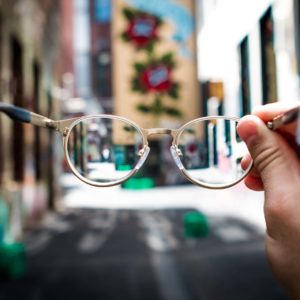 With the world in a crisis state, more than ever a leader is the person that everyone looks to for support and guidance....