How to Spot a Good Business Idea

Coming up with a business idea isn’t difficult. If you are an entrepreneur, everyone you talk to will tell you about their business ideas. But how many of those will be worth pursuing? The chances are it’s not so many. How can you tell a good idea from a bad one? At Justin Cobb Leadership Academy we have some suggestions for you to consider.

It may seem like a given, but one of the first things to do when you have a business idea is to check if you’re the first. If your idea is unique, then you could be onto something. Even if the idea isn’t unique, you could also succeed if your approach is unique. But uniqueness isn’t necessarily a golden ticket. If something hasn’t been done, is there a reason why? Do your research and figure out if what you have is unique. Then move on to understanding if it is viable.

An idea doesn’t necessarily have to be simple, but your understanding of it has to be clear. Ask yourself if you could explain it to an investor in 30 seconds if you needed to. Try explaining it to someone you know and see if they understand. If they don’t, then spend the time figuring out how you can present it simply. Successful ideas are widely adopted. Wide adoption generally means that everyone gets it.

The next question is, “What problem are you solving?” Successful businesses tend to solve problems. Especially problems that a lot of people have. It doesn’t matter if it isn’t a problem they know they have. That’s where marketing comes in. But it does matter that your business has the potential to be useful to a lot of people.

Passion for Your Idea

Do you care about your idea? Or is it just something you thought of that might make some money. It might be easy to think of running your business if it’s pulling in millions. But what about during the tough times. Would you spend the time and energy on your idea if it wasn’t making you rich yet? Because it could take a long time, and that resolve might be tested.

How Time Can Be an Obstacle to Your Success 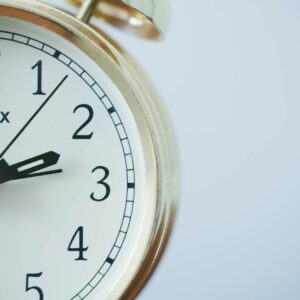 How Time Can Be an Obstacle to Your Success