You have probably heard it said over and over again within the past few years that small businesses are the backbone of the American economy. After all, that seems to be something today’s politicians leverage as a key component of their campaign strategies, especially after such a downturn in the economy brought about by a global pandemic. Be that as it may, there is truth in the statement but sadly, almost one-fifth of small business startups don’t make it past the first year.

Justin says that one of the first mistakes new businesses make is to underestimate the value of having a clear-cut marketing strategy. Much of the reason for that is that they fail to do the research necessary for marketing or sales funnel systems. Although a new buzzword in the world of marketing, a funnel is simply a system whereby potential customers are attracted and then effectively led down an ever-narrowing path to conversion. That’s why it’s called a funnel. “But how do you get them to convert?” Justin muses. “It’s all about data analysis, and that’s something many small businesses don’t set a budget for.”

Justin Cobb understands the value of market analysis and it is one of the key reasons their clients succeed. “However, we are often able to advise our clients about other mistakes not directly related to marketing,” Justin observes. “Sometimes we can clearly see that they are not adjusting prices adequately as the amount they are adjusting is too big of a hike. It is understood that no business can afford to take a loss, but overcompensating is a major reason why products just aren’t selling.”

There is one final thing that Justin recognizes as a critical mistake and that is a failure to focus on repeat business. “So many times, business owners are so focused on capturing new business that they forget about working to keep the customers they already have on board. It’s hard to grow a business if every customer is new! Growing a business means adding new to existing customers and that is one of the most critical mistakes new businesses make in their first year or so.” 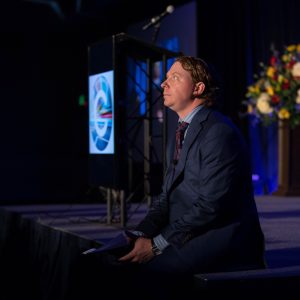 Developing your brand is one of the most important things a new business can do. However, your personal brand doesn’t stop...