“You don’t build a business. You build people & then people build the business”, Justin Cobbs words continue to influence thousands in the direct marketing industry, and those who follow him outside of his organization. Public speaking is top amongst Justin’s fortes, as a practiced speaker, Justin takes these opportunities to make a memorable and educated impact on those in the audience. Recently, Justin Cobb traveled to Chicago to speak at the famous W Hotel on North Lake Shore Drive, where he spoke in front of his organization who traveled from all over to attend the event.

In attendance of the two-day business seminar were Justin Cobb’s business partners and those he has mentored throughout their careers from all over the United States, the United Kingdom, South Africa, Canada, Spain, and Australia. Justin joined his business partners in the city of Chicago for the two-day event, consisting of seminars, a three-course dinner, a social located on top of one of the finest rooftop bars Chicago has to offer, and a day of socializing and fun. Among many, a few of the topics Justin spoke about included: client campaigns, leadership, examples, working habits and expansion plans for the year.

“As always, it was an honor to speak to those who are business partners but also dear friends of mine. Working together, we have built something significant, and without them, we wouldn’t have these events, these seminars are about them, and organized with the idea of giving them the continued guidance and inspiration to further succeed in mind” explains Justin Cobb. Justin Cobb makes sure to share his time amongst everybody in attendance, as he travels around the room speaking to his many many business partners. Justin is a compassionate leader who honors his word and puts one hundred percent into every conversation he has and everything he does.

As the year has gotten underway and the momentum had picked up, Justin Cobb will be attending many more seminars and conferences like these throughout the year ahead. Having already spoken to crowds in the likes of New York, Chicago, London, Manchester, South Africa just to name a few, we look forward to seeing where in the world his knack for public speaking will take him next.

Justin Cobb On Sales Pitches, Why You Should Never Stop Learning

Justin Cobb On Being A Successful Leader And Influence 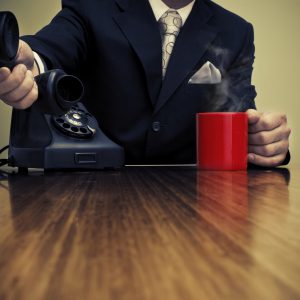 Justin Cobb On Sales Pitches, Why You Should Never Stop Learning

If you work in the area of sales, then you will know that one size rarely fits all. Successful sales pitches are always tailored...