Justin Cobb Looks At the Future Prospects for Generation Z

Each generation has its own opinions, its own ideology, and its own way of doing things. There has never been a generation quite like Generation Z however. These are the people born between 1994 and 2010. They are just making their way into the workplace, and they’re already making an impact. A recent article in Entrepreneur magazine revealed how Generation Z could be the most entrepreneurial generation of them all. Here, Justin Cobb reviews the article, and looks at what it could mean for the economic future.

“Whenever I speak to people from Generation Z I’m impressed by their drive and their ambition to succeed in life”, said entrepreneur and public speaker Justin Cobb. “Both are admirable and important traits, and I’m sure that the Millennial entrepreneurs of tomorrow will make a huge and positive impact on all our tomorrows.”

We all live in a world that’s rapidly changing, and technological advances are the driving force behind this change. Generation Z have never known anything other than a high technology society, and so the use of such technology and the changes it brings seem completely natural to them. They are also more aware of the world around them, as well as the advantages that being an entrepreneur can bring. In a recent study, 72% of American high school students said that they wanted to start their own business one day.

Generation Z also get a lot of support in their plans. Some may say that the parents of this generation are being overly pushy, but it can pay results. Thanks to the internet, and social media, these would be entrepreneurs also have easy access to business mentors, and can find advice on tap whenever they need it. These new resources mean that in many ways it’s easier for a Generation Z individual to become an entrepreneur than ever before, and record numbers are determined to make the most of it.

“This really is the technological generation, and the innovative ideas of the Millennials will see new advances come into being that we haven’t even dreamed of yet”, said Justin Cobb. “That makes it a very exciting time to be alive and to be doing business, and I’m very enthusiastic about working with and alongside Generation Z entrepreneurs in the near future.”

Entrepreneurs of all ages have benefited from the public speaking events of Justin Cobb, and from his direct marketing and mentoring expertise.

Justin Cobb Prepares for His Move to the Big Apple

Justin Cobb Explains How to Find the Right Office Space 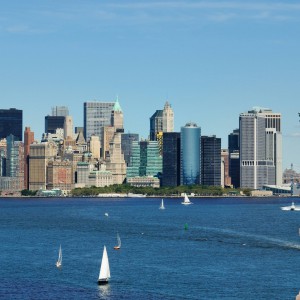 Justin Cobb Prepares for His Move to the Big Apple

When you think of a country that takes business seriously, and where people can achieve whatever they want through skill,...