Justin Cobb Looks At The Similarities Between Confident Sportsmen And Entrepreneurs

Last year we saw the Baseball World Series go out with a bang and earlier on the year the world united for the 2016 Rio Olympics. Self-developed entrepreneur, Justin Cobb reflects on the similarities between talented and driven athletes who exhibit the same winning confidence as the world’s top entrepreneurs.

As a winning entrepreneur, himself an avid sports enthusiast and loyal Cubs supporter, Justin Cobb recognizes the strong connection between both sportsmen and entrepreneurs in the way they both think. Both characters instinctively want to win, bigger and better than anyone else in their field and they do this by working within the rules, yet testing the boundaries of competition. Justin Cobb coaches and mentors successful entrepreneurs for a living, and he trains them using similar determined and competitive thinking, as any sports coach would. He molds their weaknesses to become their strengths, and he pours passion into their training, he builds and develops his entrepreneurs and makes them push their boundaries and achieve the wins that they dream of.

Successful entrepreneur and businessman Justin Cobb understands just how important building and adopting certain habits improves a performer’s confidence in the field and heightens their self-belief. Having a can-do attitude when embarking on any challenge will ultimately improve your chances of success. Much like athletes, the best entrepreneurs in the world focus on what they can do rather than what they cannot do, they are the physical representation of what is possible if you work hard, define your weaknesses as your strengths and continually push yourself past your limits.

Justin Cobb says, “Both a positive attitude and a winning mentality make the perfect recipe for ensuring a sound level of self-confidence that makes both entrepreneurs and athletes the winners that they are. As well as these key ingredients, competitors have to give an immense standard of devotion, time and energy to obtain the confidence to perform at a higher level and push themselves against boundaries, as this is where true success hides.”

Justin Cobb Looks Into Writing A One Page Business Plan 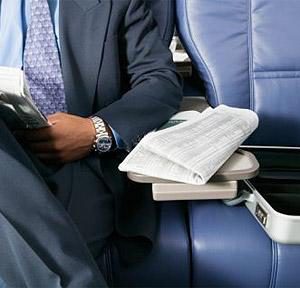 It has become more and more common to have an on-the-move job; nowadays more careers entail traveling as a mandatory part...