If there is one lesson to be learned from the Covid-19 pandemic, it’s that the organizational structure of many companies led to their demise. They were simply unprepared for a world in which the status quo no longer existed. From the inside out, everything was disrupted and by the time a restructuring or reorganization was devised, they were on the brink of bankruptcy. The companies that survived and even profited during that period are being seen as examples of future-ready companies. Justin Cobb, CEO, looks at key areas that differed from tradition and how those differences kept them alive.

Justin says that the one key concept these survivors shared was how they viewed their assets. Instead of seeing revenue as their main asset, their main objective, they knew that the key to their success was the talent they employed. When the world began to fall apart because of the shutdown mandates, these companies were prepared to keep their top talent at work. They had already structured a system conducive for a flex and/or remote workforce.

Once they began to place greater value on their workforce, the hierarchical structure necessarily changed. Rather than levels of authority, teams were established, each with specific responsibilities and working parallel in tandem with other teams. While there were still team leaders, managers and directors, their duties changed so that they micromanaged less, leaving the tasks more in the hands of their top talent who had expertise and experience in their jobs.

Justin acknowledges one multinational company based in China that realized major success because of their future-ready organization. Haier had already set aside the traditional hierarchical organizational structure and formed a global team structure in which each team was managed ‘locally’ but part of the parent company. “This is a prime example of what it means to place greater value on the talent you’ve employed. While so many factories were literally locked down, the locally managed teams of Haier continued to work in many areas of the world.” 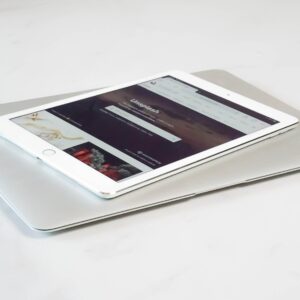 During the height of the Covid-19 pandemic, many business owners and directors spent the bulk of their time worrying about...