As a successful entrepreneur in his own right, Justin Cobb, explores the one commonality among all successful people. He has found that the most successful people of our age share a love of learning. From Warren Buffet, who spends most of every day reading, to Bill Gates, who reads at least one book a week, they believe they have built their success on a quest for knowledge. Then there’s Mark Zuckerberg who digests a book in a two-week period in order to share what he’s learned in his own book club online. That’s not to mention Oprah Winfrey whose book club is world famous and who reportedly reads and shares her favorites with her followers.

Each of the above attribute their success to the key lessons they learn in their quest for knowledge, and they have all devoted their lives to learning from the successes and even the failures of other greats. Justin Cobb says that “Even in our failed attempts we learn invaluable lessons. We learn what not to do again but also, we learn that there is more to learn if we want to get it right the next time around.” In fact, one of Justin’s favorite quotes is from none other than Albert Einstein who said that “Once you stop learning, you start dying.” And that’s what Justin has to say about the entrepreneurial spirit.

“In the end, there really is no end to what you can learn if you devote yourself to the pursuit of knowledge. The moment you think you’ve learned it all, some new insight evolves and the quest continues. If you stop seeking, there is nothing to be found and that’s what I believe Albert Einstein meant in his famous quote on learning. Unless you continually strive to learn more, you will find nothing and that’s when and where your journey ends.” If you want to reach the top, you need sustenance, and in this case you are fed with every morsel you read and digest. 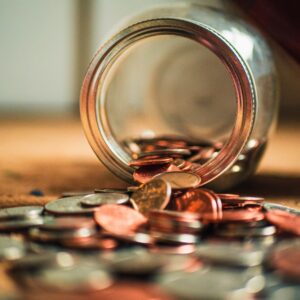 If there is one lesson to be learned from the Covid-19 pandemic, it’s that the organizational structure of many companies...