At a recent awards ceremony held at the famed Grosvenor House Hotel, Justin Cobb was honored to present the awards for the ‘Most Improved Entrepreneur.’ Not only did he get to present such a coveted award but also was extremely honored that many of those receiving awards were those he had mentored and coached along the way. As one of the leading marketing entrepreneurs in the United States, Justin Cobb found that visiting the UK and presenting the awards gave him a chance to meet with peers and catch up with face to face.

“Being in the business we are in,” Justin Cobb says, “we are often working with other marketing teams and entrepreneurs from around the world but rarely do we get time to sit down and have a face to face chat. These awards ceremonies are always a highly anticipated event because we not only get to talk about where we have gone in the past year but we also get the chance to have a more personal chat and rub elbows, so to speak, with other industry greats. I always enjoy being asked to speak at these events because it helps me catch up on what others are doing and gives me a chance to congratulate those I have mentored and who have shown such great improvement.”

Justin Cobb understands just how important mentoring is to new entrepreneurs because it is easy to become overwhelmed. He finds that a few well-placed words help to keep them motivated but also provides advice on how to stay focused without burning out. “This is where many have improved over the past year,” he explains, “They’ve learned the importance of teamwork and have built teams that are helping them realize their goals.”

Not only did Justin Cobb get to congratulate those young entrepreneurs he’d been mentoring but with the other attendees had a chance to play a bit of Black Jack and even tried his hand at the roulette table after a wonderful three course meal. It was a fun evening of celebrating victories hard-won over the past year and playing a few hands of cards over cocktails. “This is what keeps us going from year to year,” he says, “knowing that others are working just as hard as we are and hit the same highs and lows along the way. A bit of socializing helps us to learn from each other in ways that just aren’t possible in video chats, emails and a quick phone call or two.” Justin Cobb loves to work hard but he loves to play hard as well and the event at the Grosvenor House Hotel gave a chance to do just that. 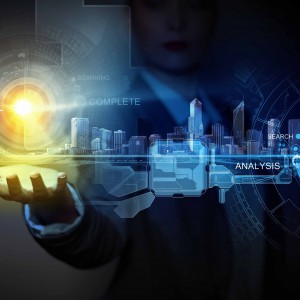 A business or brand’s success lies in its ability to achieve and present on multiple fronts. The elements for productivity...