As the United States continues to grow after the economic downturn, it’s been claimed that a fear of risk-taking by banks and investors is hampering the recovery. A recent report looks at comments made by the chairman of HSBC in relation to the way that his bank and others are approaching risk. Here, Justin Cobb reviews this report, and assess how fear of risk-taking can affect businesses in more ways than one.

“Entrepreneurship is essential for this nation, and can create both jobs, and national revenue”, said Justin Cobb. “In order for new entrepreneurs to succeed, banks have to be willing to give them their unreserved support, as they did before the economic downturn took place. Fear of entering another recession is a factor that will hold our economy back, and prevent the growth from gaining pace.”

The report is based around an interview with HSBC chairman Dougie Flint. It came after his company had announced a 12% drop in profits for the half year, down to 7.3 billion. As well as external factors, lower financial market volumes have made a significant impact on the profit figures. The chairman warned of “unwarranted risk aversion”, that was restricting the access to funding for new and expanding businesses. One of the reasons he gave for this fear, however, was a lack of clarification from the government.

The government has repeatedly stressed that they want banks to lend more money to small and medium enterprises, and encourage entrepreneurship. They also, however, have created strict stress tests for the major banks, and are investigating the way that they’ve lent money in the past. This ongoing review is taking up a lot of resources and manpower from the banks that could be allocated to customer facing duties. The bankers are also concerned about avoiding scandals that have rocked them in recent years. It is this combination that has led to a risk-averse climate, and it’s having a huge impact on business startups.

“Businesses need all the help they can get in their formative months and years”, said Justin Cobb. “We welcome the words of the HSBC chairman, and hope that banks will start to be less risk averse in the future. Businesses themselves, however, also have to be prepared to take risks. Only by innovating and making bold decisions, can they reach their true potential.”

A fear of risk comes from a fear of failure, but without taking any risks it’s hard for a business to succeed. Justin Cobb help businesses across the USA, Poland, United Kingdom, Portugal, Australia and Sough Africa find new ways to acquire customers, and grow their business in exciting directions.

Justin Cobb Review’s the Importance of Being Adaptable 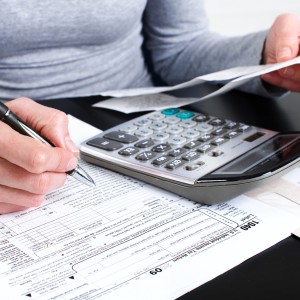 According to recent figures by the Training & Development Agency, boredom at work is directly related to happiness at work....