Justin Cobb Reviews the Influence of Technology on Business

For as long as businesses have existed, their reliance on the technology of the day to improve performance has been a constant. In today’s highly-connected world, technology is more dominant than ever, shaping virtually every decision made by entrepreneurs and major corporations alike. This impact has now reached the point where every department and every employee feels the effects of technology directly in their day-to-day work. Recently, international entrepreneur Justin Cobb sat down with a group of college business graduates to discuss what they should expect in terms of technology affecting their future businesses.

To understand just how pervasive technology is in the world of business today, Justin Cobb laid out a case for the students. “Virtually every action taken in the workplace revolves around a machine, namely a computer”, he explained. “But even the most mundane of tasks – from regulating office temperatures to determining ad budgets – are handled by algorithms, software or calculations based on technology”. Such a pervasive presence in the corporate workspace has made it increasingly challenging just as much as it has made doing business easier,” Justin explained.

Some of the issues caused by widespread technology adoption include intraoffice personal communications. In a world where most actions are filtered through a screen, employees are becoming increasingly disconnected from one another. This can cause harm with respect to building cohesive teams within the workspace, which is something Justin Cobb advises his clients to constantly counteract with team-building exercises.

While everything from procurement and marketing to lead generation is now made easier in many respects by technology’s presence, Justin Cobb cautions against substituting it for common sense and intuition.

Increasingly, businesses and entrepreneurs have made the wrong calls in expanding or persuading due to an over-reliance on algorithm outputs and data generated by them. In some of these cases, a careful, human touch and review could have prevented problems from arising. Not only does Justin advise his clients about this particular issue but he reminds them that a strong team of employees will proactively be on the lookout for potentially fatal errors as well.

Justin Cobb’s own companies use technology efficiently on behalf of their clients, finding new ways to parse out opportunities from the noise of a congested digital world. However, it is vital that businesses large and small understand that technology is in no way a replacement for real common business sense and hard work. 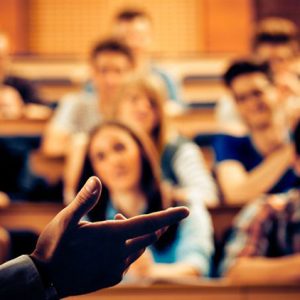 Scouring the globe for new talent should be at the top of any priorities list for businesses. After all, an increasingly...