Justin Cobb Reviews What Entrepreneurs Can Learn From Albert Einstein

We all have heroes in life, people that we can look up to and learn from. People in business can learn important lessons from brilliant minds, people who have changed the way we think and the way we see the world, as well as those who have been successful in business. When you think of genius, one person in particular comes to mind: Albert Einstein. A recent article in Entrepreneur magazine looked at what the great man could teach us about business. Here, Justin Cobb reviews the article, and considers the importance of having a hero to learn from.

“Albert Einstein formulated scientific formulas and theories beyond the comprehension of most people, yet he is still globally famous today”, said leading entrepreneur Justin Cobb. “That’s because in many ways he encapsulated what we all want to be: a great thinker, a great achiever, and yet still fundamentally human.”

Albert Einstein is one of the most iconic figures of the twentieth century. Ask people to explain his theories, and they’d struggle, but show a picture of him to almost anyone, 60 years after his death, and they’d smilingly identify him. That’s because Einstein built a personal brand that any business leader would be proud of, but just how did he get to be so famous? As the article states, one thing that was central to his success was his work ethic. Albert Einstein was very ill and in great pain in the last decade of his life, but he refused to stop working. He was even working on a speech on the day he died aged 76.

Another lesson that entrepreneurs can take from Einstein is that he continually pushed himself, and refused to rest on his laurels. He published his world changing first theory of relativity in 1915, and in 1921 in his early forties he won the Nobel Prize for physics. He wasn’t prepared to stop there, but carried on inventing, thinking, and experimenting. Einstein recognised the power of innovation, a power that still resonates with consumers today.

“We may not all be born geniuses like Albert Einstein, but we all have a gift or talent of our own, and we should do our best with it”, said Justin Cobb. “Einstein was a great thinker, of course, but he wasn’t afraid to ask for help when he needed it, and often worked in collaboration with others. Entrepreneurs too should be ready to take advantage of help and mentoring when needed.”

Justin Cobb has himself provided mentoring and help to entrepreneurs, in addition to running his own successful business. 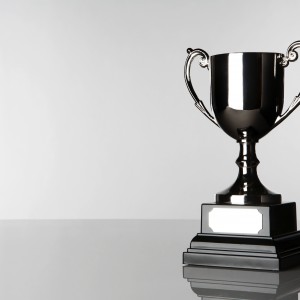 Successful business people come from all backgrounds, some have a university education, and some don’t. That doesn’t...