Many of today’s corporate executives and business directors were still getting their feet wet in their respective industries when Blackberry mobile phones and Podcasts were also still in their infancy. Smart technology was still far in the future and as ‘the’ state-of-the-art mobile phone, Blackberry quite literally owned the market.

Justin Cobb of reminisces that Podcasts were “little more than a radio show created for a very specific and limited listening audience.” He continues to explain that they were usually promoted within a given field, with the date and time sent to corporate employees through email and company newsletters. “Those early Podcasts,” he explained, “were audio-only as smartphones with video capability were still several years in the future.”

Justin explains that those early podcasts were produced in much the same way as Rush Limbaugh’s early radio shows were produced, and although they could be entertaining, that really is all they had going for them. They were informative to that audience, but they weren’t yet seen as a marketing tool. “This is why so many of today’s businesses fail to understand just how powerful of a marketing tool they can be.”

In today’s world of smartphone technology with so many consumers following brands on YouTube and other social sites, podcasts have been overlooked for far too long as the powerful marketing tool they have become. “Today podcasts are an amazing way to bring the past into the present with video productions of what had once been merely a talk show. Imagine how boring the Ellen DeGeneres show would be if it were merely an audio broadcast over an FM radio channel. The amazing rapport Ellen has with her audience would be non-existent and that’s exactly how she developed what would become an iconic brand.”

Justin believes that the right use of podcasts can do the very same thing for any business, large or small, in today’s marketing environment where consumers crave a relationship with brands they deal with. “Podcasts invite engagement with the audience that can be carried over to a business’ social pages and that is how brand is best developed.” Not only can podcasts open up the floor for conversation but they can attract an ever-growing audience as friends of followers are drawn into the conversation. “If you want to attract an audience, find a way to give them the floor,” he explains. “If you listen, they will talk.”. 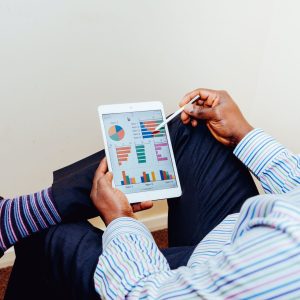 Entrepreneurship is about more than just making money. It’s about having a vision and turning it into a reality. It is one of the most...