This years Annual Sales Award Ceremony was attended by over 2000 entrepreneurs from across the UK and Europe. The event was held at the Royal Festival Hall in central London and the Awards Ceremony was to mark the achievement of those that have grown and developed their businesses within the direct marketing field. Justin Cobb was honoured to present some of the awards at the ceremony and he stated, “The Awards Ceremony was a great time to celebrate those that have worked hard and earned their place as industry leaders.”

The event coordinators had a surprise special guest speaker at the Annual Awards Ceremony that was only announced minutes before he came on stage. The whole audience of entrepreneurs was ecstatic to see that Freddie Flintoff was indeed this years surprise guest speaker.

Freddie Flintoff sat with Justin Cobb and 2 other Direct Marketing Industry leaders and shared his success stories in a question and answer session. “It was amazing to ask Freddie Flintoff questions regarding his success as a cricketer, boxer and now a TV broadcaster. He has achieved a lot in a variety of roles within sport, business and his charity work. What resonated with me, was that the common thread in any type of success is hard work, commitment and a passion for what you do.” Concluded Justin Cobb.

Why Having the Right Coaches is Critical According to Justin Cobb 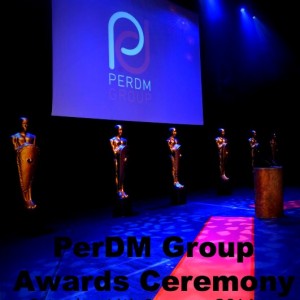 The Entrepreneur Conference will be held in a few days time at the prestigious Royal Festival Hall on the 11th January 2014. The...