Justin Cobb Takes An Interesting Look At The Concept Of Boredom

Should we work harder to embrace boredom? Do you fill the silence of boredom with social media to get away from mind numbing boredom? Perhaps we could use a bit more stillness at times. Justin Cobb was recently inspired by an article published on entrepreneur.com and shares his thoughts on the idea. The article put an interesting spin on the idea that boredom should be embraced and not seen in a negative way, but an opportunity to let in the silence of having nothing to do and allow your brain to find things to fill the time. Instead of avoiding boredom with aimless scrolling of social media and any other excuse to do something.

When were travelling, maybe on a train or a bus, we often fill the time with apps and music, but what if we did the opposite and endured the journey without any of these distractions from reality? Perhaps then we would we use that time to switch off and enjoy not having anything to do, or we would engage with the flood of thoughts in our minds and deal with some of the things we have been putting off thinking about. The article takes an interesting perspective on encouraging boredom and looks at what it means to be bored.

As man has spent the decade designing things to alleviate boredom in some way, but what if when our minds cannot think of anything to do, we did exactly that – nothing. Perhaps when boredom arises, it’s a message from our brains telling us it has temporarily ran out of things to excite us, rather than what most people think to be our minds having nothing else to offer us so we must seek inspiration from the internet. Perhaps we should see our minds emptying, as a positive thing, maybe this is an exciting time to think and explore new ideas and things to think about. We can refill our minds like a gas in the tank of a car. Perhaps we have been super productive and done all of the things we were thinking about doing – that’s a positive thing surely. How about when we feel like there is too much silence, we just remain still and embrace the opportunity to do nothing. Before that creative burst of fresh ideas and no reason at all to still be ‘bored’.

Justin Cobb Takes A Look At The World's Smartest Cities 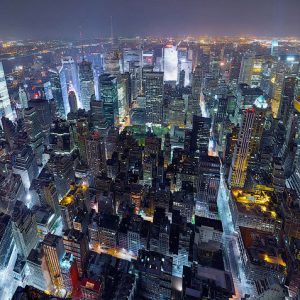 Justin Cobb Takes A Look At The World's Smartest Cities

There are many cities that have gained a worldwide reputation as being the best in a particular field. Los Angeles is number...