Justin Cobb Takes A Look At The World’s Smartest Cities

There are many cities that have gained a worldwide reputation as being the best in a particular field. Los Angeles is number one for films and glamour, Paris is the city of romance, Rio de Janeiro is the party city, and London holds a special place for fans of history, tradition and culture. How would those cities, and others, fare when it comes to determining the world’s smartest cities? Here, Justin Cobb reviews and considers what it means for the US.

“When I walk through New York, I know that I’m lucky to work in the greatest city in the world”, said Justin Cobb. “The people in the city are entrepreneurial, hard working, and dedicated, and they work amidst surroundings that are the envy of any other country. But does that mean that it’s the smartest city? Not quite, according to an Entrepreneur article, but it still put in a great showing.”

The article is based upon a study by Juniper Research. It defined ‘smart’ as having an efficient, technologically connected infrastructure. When they looked at how major cities across the world fared on this particular factor, they found the winner hailed from Spain. Barcelona has long been accustomed to being a winner on the football field, but now it seems that Barcelonans can also boast about living in the smartest city in the world.

Smart cities collected data from roads, buildings, and bridges and quickly and seamlessly analysed them, allowing resources to be used more efficiently and intelligently. This means that there are fewer traffic jobs, and faster flowing businesses. Smart cities also use their resources efficiently, so they can get more productivity out of fewer barrels of oil, for example. In this way, according to Juniper Research, to be green is also to be smart. New York was found to be the second smartest city, with London third, Nice fourth, and Singapore fifth.

“There are many ways to define smart, of course, and different definitions may have produced different results”, said Justin Cobb. “Nevertheless, it was great to see New York placed second in the top three smartest cities in the world, even though for entrepreneurs who do business here it will always be number one.”

Justin Cobb Takes An Interesting Look At The Concept Of Boredom 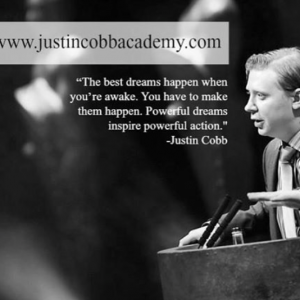 'Your Life Begins Where Your Comfort Zone Ends.' Starting a new business can bring financial rewards, new freedoms, and unbeatable...