At Justin Cobb Leadership Academy, we have noticed that more and more entrepreneurs we work with are obsessed with working hard. Long days, no breaks, and constant work seem to be the norm. Many people are training themselves to be workaholics, but still not feeling that they get enough done. The productivity just isn’t showing up.

The reality is that studies show that productivity sharply declines when working more than 50 hours a week. After 55 hours, the extra time is canceled out by the resulting productivity drop. Not only that, but working days of more than 9 hours can reduce cognitive performance and decision-making capabilities.

As entrepreneurs, there are many ways we can streamline our workload and improve our performance.

Work Towards a Goal

Instead of saying “I’ll work for x amount of hours today” try setting reasonable goals for that day, and working until they are achieved. Once your goals are met, you don’t need to be working anymore. Plus you’ll have a clear idea of what you achieved that day.

As entrepreneurs, there is a drive to always be ‘at the helm’ in case something goes wrong. But if you aren’t hiring people who are competent enough to perform well in your absence, then you’re not hiring good people. The whole ship won’t sink because you go for a walk. Take time to clear your head and be present between tasks.

There could be many days in which you can’t achieve everything on your list. In that case, you might not think you have time to organize that list. But taking ten minutes to sit down and prioritize which tasks are most important is worth it. It could be the difference between feeling like you had a productive day and feeling like you spent all day trying to get anything done.

Conversation Habits of the Emotionally Intelligent

The Myth of the Natural 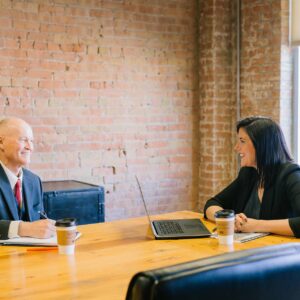 Conversation Habits of the Emotionally Intelligent

Improving our conversation skills is something we can all do to become better leaders. Emotionally intelligent leaders are also...