The Myth of the Natural

Often when a person first starts to consider whether they might have what it takes to start a business, they face some doubts. A common doubt is the idea that the person is not suited to the task. They’re not a ‘natural’ entrepreneur, and don’t have the innate qualities required to learn. Is this an idea that’s based in fact? At Justin Cobb Leadership Academy we don’t believe so. We spent a long time researching into the idea of natural talent and how it correlates with success. We found an increasing number of scientists bringing forth studies that disprove this long-held notion.

In one example, scientists Anders Ericsson and Robert Pool reviewed a selection of studies that show how training effects performance. They found that humans were often able to achieve feats considered to be natural by putting in the time and effort. For example, scientists enrolled 24 Japanese children in a program to train their ear. After many hours of practise, the children were able to develop ‘perfect pitch’ – the ability to determine the pitch of a note by listening. It is widely thought that this ability is something we are born with.

The Impact of the Myth of the Natural

But what does it matter? What real issues does it cause for us to believe that some talents are natural? Well, one of the issues is that it promotes a false narrative. It gives us the idea that certain things are out of our reach. That if we can’t do something instantly, there’s no point in trying. But in fact, we have proven the inverse time and time again. If we work hard, there is very little we can’t achieve.

Of course, there are some genetic factors that will separate people at the absolute top of the game. There will always be people like Usain Bolt who have the perfect combination of genetics and training. But that doesn’t prevent the average person from reaching the pinnacle of any pursuit. The fact that you may not be number one, doesn’t mean you shouldn’t be number 30 or even number 100. Because those people are still at the absolute top of their game, achieving things that most people will never achieve. 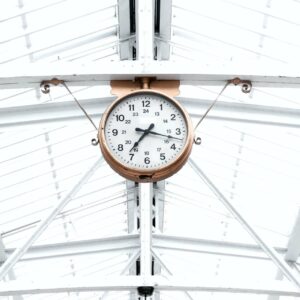 At Justin Cobb Leadership Academy, we have noticed that more and more entrepreneurs we work with are obsessed with working...