The Importance of Ethics in Business

Is ethics in business that important? Does it matter if people think you are ethical if you’re providing a good service? You may have heard the phrase “All publicity is good publicity” or some variation of it. But is this true?

You might be able to weather the storm of bad publicity if you are a huge multinational. If you are a small-or-medium-sized business, a hit to your reputation can be devastating. It can even be deadly. As entrepreneurs, the best way to avoid bad publicity is to act with ethics from the outset.

Reputation management is expensive and often can be ineffective. The “Streisand effect” is a now well-known term. It describes the idea that attempting to cover up something might make it even more visible. If you don’t have ethics, you might end up throwing money at a problem that is harder to solve than you think.

Acting with ethics doesn’t have to be a difficult prospect. In fact, it’s very simple. You can sum it up with two ideas in fact:

It might sound simple. But if you read the news daily, you’ll know that it appears to be difficult for many businesses now. It might be tempting to post fake reviews if a product isn’t doing well. Or you might want to exaggerate your customer numbers to tell a story. You might have made a mistake, and want to make sure it isn’t found out. People with ethics and integrity are honest. They admit the truth and pledge to do better. Businesses with ethics and integrity should be the same.

The often neglected cousin of truth is openness. It’s tempting to think that because we are not telling lies, we are honest. But honesty is also about not hiding things to save face. Does your company have secrets that would hurt your reputation if it was public? If so, then you’re not being ethical. You need to be transparent and open, so you have nothing to hide. This goes for positive things too. Often times companies will not publicize their successes for fear of seeming proud. Be open with the facts, and let your customers and clients decide.

How to Use Active Listening to Be a Better Leader

The New No Normal for Business 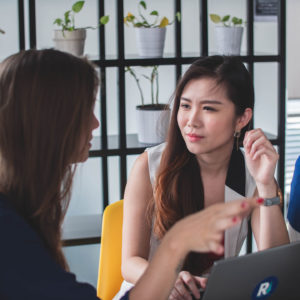 How to Use Active Listening to Be a Better Leader

Active listening could be the most important skill you didn't know you needed. In a business setting, having the right...