How Failure Could Be the Best Thing for Your Career

We’ve all heard the phrase, “What doesn’t kill you makes you stronger”. But do we act as if that is true? Most of us fear failure above all else and would do anything to avoid it. On top of that, having found failure, we might be demoralized and think we have lost our chance. We look at those who are successful and imagine a straight line of successes, following them upwards throughout their journey. But is that the case?

A team of researchers at the Kellog School of Management recently undertook a study to answer this very question. Does failure and hardship in early career make you stronger, or cause you setbacks in the long term? Justin Cobb had his fair share of struggles starting as an entrepreneur, and yet has reached a level of success many could only dream of. We sat down with him to go over the findings in the study.

The study focuses on proposals for science research grants made by junior scientists. It compares those who nearly achieved the grants but were just below the requirements, with those who won them. The results showed that an early career failure certainly increased the rate of ‘giving up’. 10% of people gave up after one failure. However, those who failed at least once and continued trying ‘systematically outperformed’ their colleagues who had more early success.

The results seem to back up the old idea that what doesn’t kill us makes us stronger. But this is only true if we persevere despite the failure. There’s a lesson there for all of us as entrepreneurs. Each failure we have is a gift that will allow us to become more resilient and successful in the future. All we have to do is persevere and learn from the setback. 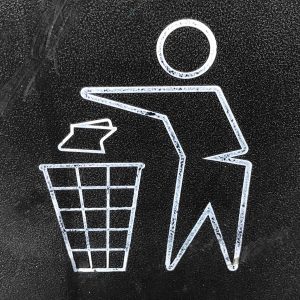 When applying for a new position, first impressions count. We hear this all the time, but it’s usually related to the first...