A common question that comes up when discussing successful business strategies, is that of education. Many young entrepreneurs worry that they haven’t received enough formal education to really understand the business world. Others will tell you how they left high school with no qualifications and still found success.

There are certainly educated entrepreneurs and those without any education at all. While we can’t necessarily make any judgments about whether education is necessary, we can certainly discuss what it gives us, and the ways in which it can limit us.

Traditional education teaches a certain way of thinking about the world. This is known as ‘causal reasoning’. It teaches us that if we can predict the future, we can control it. It focuses on following instructions, and working to standards, in order to achieve a consistent result.

But there is another form of thinking, commonly used by successful entrepreneurs. This is known as ‘effectual reasoning’. It works the opposite way around. It tells us that if we can control the future, we don’t need to predict it. Effectual reasoning is commonly seen as a more adaptive or creative way of thinking.

In a series of tests performed in the sixties, scientists were able to trace the decline of effectual thinking as we age. Children at age 5 had around 98 percent effectual thinking. By the time they reached 15, it was down to 12 percent. The average for adults was around two percent. How we are educated directly contributes to this increase.

There are certainly entrepreneurs, for example, who attended formal education but are still incredibly innovative and successful. But it’s common to see them coming from more non-traditional education establishments. Especially those that focus on developing curiosity and innovation.

So for those looking to become entrepreneurs, you may certainly receive some benefit from formal education. But it’s important to always allow yourself the freedom to innovate, follow non-traditional ideas, and be creative with your thinking.

Step outside the prescribed curriculum, and follow your own ideas, allowing yourself to explore the unknown. That’s the way to retain an entrepreneur mindset in an educational setting. 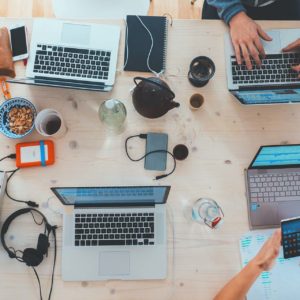 We’d all like to spend less time working, and more time enjoying life. So why do we let so much of our time at work get wasted...