With a recovering global economy in full motion right now, countless businesses and entrepreneurs must stay aware of changing circumstances in the event expansion is or suddenly becomes a viable decision. Particularly in the world of marketing, a missed opportunity to strike it big in a key developing market where competitors have yet to gain a foothold can make the difference between success and failure in such a cut-throat industry. Justin Cobb announced recently that his eyes are firmly trained on a series of cities in the United States and will shortly be making decisions on which he will expand to in the coming months and years.

In order to find the best cities that are prime for marketing expansion, a focus is needed on cities that have excellent start-up cultures and that are not over-saturated, according to Justin Cobb. “With the exception of a few special examples, I’ll be examining metropolitan areas with one to three million people”, he recently reported. “One great example of an emerging start-up city that has not been overcrowded with competition is Sacramento, which will be particularly desirable for marketing brands that are aiming to cultivate more relationships with clients”, he said.

While Justin Cobb has many different cities on his watch-list, he was willing to name-drop a few that he and other professional marketing firms are no doubt considering this year. Kansas City was one he mentioned, noting that “the city is a great business destination”. Marketing firms that are targeting emerging markets where media is a huge focus of their efforts may decide to give Nashville a second look, as according to Justin Cobb, it exceeds expectations in all of the major metrics he and others use to assess long-term viability for marketing expansion.

Along the coast and for firms wishing to do more in education and finance, Baltimore makes for an excellent contender. “With finance so big in neighboring Delaware, and an education industry that is very large in Baltimore itself and plenty of growth all to the south of the city thanks to the federal government, Baltimore actually can be a great choice for marketing firms in many different industries”, Justin Cobb reported.

At the end of the day, leading marketing firms and entrepreneurs will need to follow the steps of Justin Cobb and others in crafting their own short-lists for future and potential expansion sites. The best and brightest firms will be able to quickly discern which cities possess the ideal balance of opportunity and relevance so that they may act upon them when the time is right. 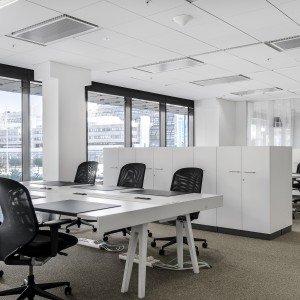 One of the surest signs of growth is when you know that you’ve outgrown your current office space. Knowing that he needed...