The 2018 World Cup kicked off with an exciting start, underdogs like England and Croatia are performing way above expectations and inspiring millions of World Cup Fans. Justin Cobb has been following the games and reflects on the similarities between training as an entrepreneur and as a coach training a winning team, both possible with sheer commitment and a winners attitude. Direct Marketing guru and self-made entrepreneur Justin Cobb, trains entrepreneurs with the same competitive and consistent determination as a Football coach, he strategizes and creates successful game plans, he pours passion into team pep talks, he builds and develops his entrepreneurs and helps them see straight past their limitations.

“A successful Football player wouldn’t be anywhere without the support network of his teammates, they couldn’t do it all without their trainers, their mentors, medical teams, dietitians, sponsors, families and their fans. Players need to work as a team to get results, which is exactly like an entrepreneur who needs their contacts, their team of dedicated workers, their mentor,  their accountant, family support so that they can push themselves and build the foundations of their enterprise” explains Justin Cobb.

There are mottos which Justin Cobb trains his entrepreneurs to live by, “Much like a Football team in the World Cup, as entrepreneurs, we play for the trophy. We set ourselves up for success, we don’t play it safe, we take risks because high risk means high reward, the more shots we take, the more chances we have at making a success” Justin explains.

Football teams and entrepreneurs must train vigorously to increase and maintain their performance. An entrepreneur must practice and learn more about their field, build habits to enhance their performance, keep a positive attitude and they must always outwork everybody else and consistently hit targets. 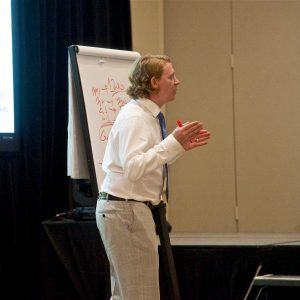 Like good manners, good habits cost nothing. Self-discipline is key to adopting good habits that are guaranteed to make you a more...