Out of New York City > Blackfriars, Big Ben, Networking and Cocktail receptions in London > humble lessons, family, blessings, and Goats in Eritrea > Camels and magical pyramids in Cairo > witnessing France making history in Moscow > Sweden for some R&R and family time > Tyers to tarmac and touch back down in NYC. That’s the sound of Justin Cobbs schedule this month, and boy are we jealous!

This July Justin Cobb, his wife, and their two children soaked up a diverse bag of cultures, foods, and landscapes on the family trip they will remember forever. “It was an amazing, eye-opening, humbling and heartwarming time meeting my wife’s family and seeing her country Eritrea. I went into it so excited that our children would see people live simply, meet their great-grandparents and learn about their heritage and culture. I was excited that they would gain some perspective on how lucky they are by simply being born into a first world country. For myself, I was so excited to finally meet family and see the place that I never knew existed (must have skipped that day, or year, in Geography class) until I met my wife. We all got those things and so much more. To see the love, receive the hospitality and to feel the hope of a people—it was awe-inspiring” says Justin. During their stay in Eritrea, there had been a water shortage for a number of days which made simple tasks like washing and cleaning dishes much more precious. For Justin and his family, experiencing this was a blessing as it reminds them to be grateful for the resources they have at home in the United States.

Justin Cobb and his wife are big fans of sport and this year they ticked off a significant goal on both their bucket lists; they flew to Moscow to catch the World Cup Final. “Together we’ve been to an Olympic gold medal game, a super bowl, multiple NCAA national championships, a World Series game, an NBA finals game at the Garden and now the World Cup final. There’s something about watching people compete at the highest level that’s so attractive” Justin says. As a non-supporter of either team in the 2018 World Cup Final, Justin could watch the teams from a nonbias standpoint meaning no emotional investment, and he feels Croatia made some soft calls and set France up to score two winning goals, resulting in a deserved win for the better team that night. 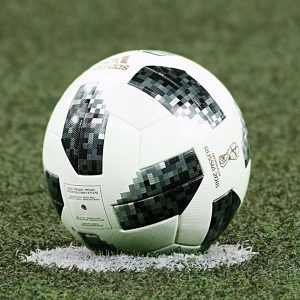 The 2018 World Cup kicked off with an exciting start, underdogs like England and Croatia are performing way above...