It’s hard to remember what life was like before the internet, so ubiquitous has it become. The internet has transformed every facet of our lives, particularly how we communicate with each other, and spend our leisure time. The internet is becoming more accessible than ever, and internet usage is still growing, as figures released in a report by the Office for National Statistics shows. Here, Justin Cobb reviews this report, and reveals the impact that it’s had on his business.

“We’re becoming an increasingly technology dependent society, and the internet is at the heart of it”, said entrepreneur and public speaker Justin Cobb. “It’s an all powerful entity, but also a huge force for good. It’s changed the way that we do business, and created great opportunities for people who want to be an entrepreneur, and enjoy the benefits of running their own company.”

The ONS report looks at internet usage by households and adults over 16, in Great Britain in 2011. These official figures show that around 76% of British adults (around 38 million people) use the internet every day. This is a sharp and significant rise from the 17 million who used the internet every day when figures began to be collated in 2006. 84% of households in Great Britain now have internet access, up from 57% eight years ago.

One of the reasons for this rise in internet access, is improvement in mobile technology. People can now access the internet on the move, without a loss of functionality. Access to the internet through a smart phone has more than doubled in the last four years, rising from 24% to 58%. One effect of increased internet usage is a rise in online sales. In 2014, almost three quarters of all adults made purchases via the internet, with clothes being the most popular item bought. As mobile technology gets ever faster and more powerful, the number of purchases being made by smart phone technology will surely increase still further.

“I love the freedom that the internet brings, it’s an empowering phenomena, and the only limit is the imagination of the people who use it”, said Justin Cobb. “Entrepreneurs have to try to use it to its full potential.”

Justin Cobb is determined to make the most of modern technology, and his entrepreneurial mentoring expertise has been just as helpful to businesses across the United Kingdom and beyond.

Justin Cobb Reviews the Growth in Polish Card Use 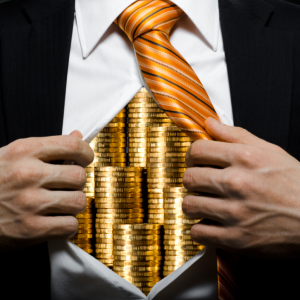 Becoming wealthy isn't the reason that many people become an entrepreneur, but for some it can come with the other benefits...