Becoming wealthy isn’t the reason that many people become an entrepreneur, but for some it can come with the other benefits that being your own boss can bring. When you think of a billionaire, you might imagine an old man or woman, who has spent a lifetime in business accumulating their riches. It doesn’t have to be like that. A recent report by Forbes looks at some of the youngest and richest people in America today. Here, Justin Cobb reviews this report, and considers the advantages that being an entrepreneur can bring.

“You don’t have to start rich, to end rich”, said entrepreneur and public speaker Justin Cobb. “The people who feature on the Forbes 400 list come from diverse backgrounds, but through hard work, and positive thinking, they’ve achieved phenomenal success. Whilst the report features American billionaires, it’s a similar story in the United Kingdom. Indeed, London is home to more dollar billionaires, per capita, than any other city in the world.”

The prestigious Forbes 400 list is produced every year, and lists the 400 richest people in the United States along with their estimated wealth. Thanks to the dominance of new technology, the super rich are growing younger and younger, with 11 of this year’s 400 being aged 40 or under. The youngest person on the list is 30 year old Duncan Moskovitz. As co-founder of Facebook, he’s become a regular feature in the annual reckoning, and is just one week younger than his co-founder and second youngest on the list, Mark Zuckerberg. Moskovitz’s personal wealth is estimated at $34 billion, a sharp rise on his $19 billion fortune of a year ago.

Duncan isn’t the youngest billionaire in the US, however. That honour goes to 24 year old Evna Spiegel, the brains behind Snapchat. His personal wealth of $1.5 billion wasn’t enough to get him into the top 400. A newcomer to the list, and third in the under 40s, is Elizabeth Holmes. She made $9 billion through her blood testing company Theranos. Apps and social media pioneers feature highly on the list, with WhatsApp, Napster and Twitter founders all featuring.

“The one thing that connects all these young billionaires is that they came up with bold and innovative solutions”, said Justin Cobb. “By becoming an entrepreneur you may not make it to being a billionaire, but you’ll certainly enjoy the rewards that your own hard work brings.” 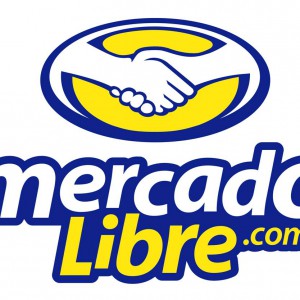 eBay has changed the world of retail forever. It's made bargain hunting as simple as clicking a button, and has led to an explosion...