Justin Cobb Reviews the Growth in Polish Card Use

The way that we spend money has changed irrevocably. One day, notes will be a thing of the past, and card payments or payments via smart phones or online accounts will be the way all transactions are made. Increased use of credit cards can be a sign of growing consumer confidence. This doesn’t only apply to the UK market. A recent study by Euro Monitor looks at the growing use of financial cards in Poland. Here, Justin Cobb reviews the study and looks at what it says about Poland as a whole.

“I’ve recently strengthened my ties with some businesses in Poland, and so I’ve been spending a considerable amount of time there”, said entrepreneur and leading public speaker Justin Cobb. “It’s certainly a vibrant and energetic country, and you can feel consumer and business confidence growing week by week. This report gives a fascinating insight into the spending habits of people in this increasingly buoyant economy.”

The study looks at both card transactions in Poland during 2013, and gives facts about the economy of the country. It finds that financial card transactions increased by more than 10% in 2013, in both number and value. Marketing activity relating to card use is having an effect, and contactless payments in particular are becoming popular. Payments made by mobile phone technology are also now widely accepted.

One factor that has led to previously low card use in Poland is the relatively high interchange fees that operate in the country. This means that retailers are reluctant to accept card payments, or actively discourage them, because of the fees they’ll have to pay. These interchange fees are predicted to fall, and this will accelerate the growth in Polish card use. The study also notes that the Polish banking sector is strengthening and becoming more buoyant, with PKO Bank Polski SA acquiring a rival bank during 2013. This has led to an increase in the use of its debit cards throughout Poland.

“Poland is a beautiful, welcoming and fascinating country and it’s great to see that it’s embracing modern technology and cutting edge payment systems”, said Justin Cobb. “With the growth in its economy, it’s an ideal location for UK businesses and entrepreneurs who are looking to expand into European markets.”

Justin Cobb himself has investments in the UK, Poland, and beyond. His popular public speaking events help entrepreneurs achieve the success that he’s already benefiting from. 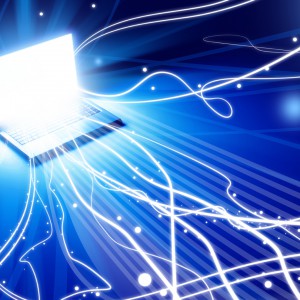 It's hard to remember what life was like before the internet, so ubiquitous has it become. The internet has transformed every...