eBay has changed the world of retail forever. It’s made bargain hunting as simple as clicking a button, and has led to an explosion of retail entrepreneurs operating from their living rooms. Whilst eBay is an undisputed market leader in the UK and the United States, in South America another online auction site rules the roost. A recent report by the BBC looks at the spectacular success story of Mercado Libre. Here, Justin Cobb reviews the report, and looks at the lessons that UK entrepreneurs can learn from the company’s founder, Marcos Galperin.

“Like many other people, eBay is one of the first places I turn to when I want to buy something for my home or businesses”, said public speaker and entrepreneur Justin Cobb. “There are other sites that follow the winning formula across the world, and foremost among them is Mercado Libre. It’s interesting to see that, despite being a hugely successful businessman, Marcos Galperin keeps a very low profile and lets his business do the talking.”

Marcos Galperin went to university in the United States, and whilst there he saw how useful eBay was, and how successful an enterprise it had become. When he returned to Argentina, he resolved to found a South American version. Mercado Libre translates as ‘free market’ and was formed in 1999. It quickly became a huge success, and is now the most used e-commerce site in South America. It has nearly 110 million users across the continent, and Mr Galperin himself is estimated to be worth around $400 million.

The founding of the company hinged on a particularly auspicious car journey. A private equity dragon, John Muse, had been invited to speak to MBA students at Stanford University in California. Marcos Galperin was a student there and offered to drive Muse back to the airport. En route, he pitched his idea for the site, and Mercado Libre had its first important investor. Galperin is one of the continent’s leading entrepreneurs now, but he doesn’t let success go to his head. He likes to wear jeans and trainers, and many of his staff don’t know who he is. Nevertheless, he is committed to hard work, and claims that as the cornerstone of his success.

“There are many lessons to be learned from Marcos Galperin’s success story, not least the importance of hard work”, said Justin Cobb. “What I like most, however, is that he was prepared and ready to strike with a winning pitch when the opportunity presented itself. All entrepreneurs should be similarly prepared, because you never know when a golden chance will come.”

Justin Cobb himself is a successful entrepreneur, but he also mentors start up businesses in the UK and overseas.

Justin Cobb Reviews the Importance of Going the Extra Mile 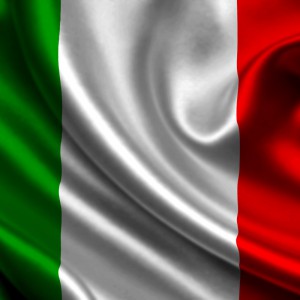 Justin Cobb Reviews the Importance of Going the Extra Mile

Business is increasingly fast paced and global. With digital communications getting faster than ever, people aren't prepared...