Words that Leaders Should Avoid

As entrepreneurs, we value communication. We hear a lot about communicating ideas well, and how to be more confident. But some commonly used terms can actually be getting in the way of your communication. Words that are overused often take on meanings that are not intended. They may even make you seem like you’re saying things that you aren’t. Let’s look at some examples of words that leaders should avoid.

Soon is an example of a word that seems harmless, but if you’re using it a lot, it could be hurting your success. How many times have you said you’ll get a task done ‘soon’ and then it never gets done? Soon is a nice easy way to avoid being specific about your goals.

The word ‘soon’ may even affect your image. If you keep telling a client that something will be delivered ‘soon’, they’ll start to think you don’t want to do it.

Instead, when setting a meeting or a deadline, take an extra minute to be exact. Tell yourself that you’ll write that email at 3 pm. Not soon. Tell your client that you’ll deliver on Tuesday. Not soon. You’ll find that when you take control of time, things actually happen.

Instead of this, try finding out how obvious something is. Once you explain it, ask the other person if it makes sense. If there’s anything you missed out on. Taking a humble stance can make them comfortable asking for more information.

Try is another word that lets you get off the hook for procrastinating. You might say that you’ll ‘try’ to respond to that email today. Or that you’ll try to deliver that shipment by next week. All that the other person hears is that you don’t have things under control. Instead of saying you’ll try, just make a clear decision about whether you will or not. Say that you’ll do it. Or say that it’s not possible, but explain what you’ll do instead.

Busy vs Productive: Maximizing your Time 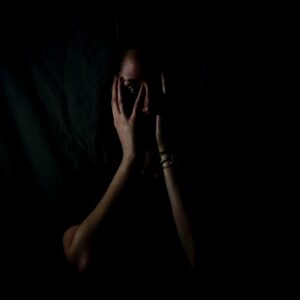 Fear is one of the most interesting feelings a human can face. It can either be a force that keeps us completely cut off from...