As leaders, we want to make sure that we are presenting the best version of ourselves that we can. But it can be difficult to recognize toxic behaviors in ourselves. Even when told about them, it’s very human to get defensive or justify them. Developing good traits is only half the battle when becoming a good leader. You must also be ready to root out the toxic in yourself. The sooner the better. At Justin Cobb Leadership Academy we identified a few toxic traits to be wary of.

If you believe that every negative thing that happens in your life is about you, then you’ll be hard to be around. Whether someone is rude or nice to you is generally more about them. When someone does something negative, you choose how you react to it. If you believe that everything is about you, you’ll get hurt and disappointed a lot. Focus on what’s important. Your own core values and principles. You know who you are. A negative reaction doesn’t change anything.

Getting too attached to an image of yourself as a certain type of person is dangerous. Are you presenting your real self to the world or a construction of your ego? Most people can tell when someone is being inauthentic pretty easily. So if you’re exaggerating your skills or accomplishments, people will know. Be honest and straightforward about who you are. You make mistakes. You have a lot to learn. Sometimes you need help. Don’t get caught up in the image.

Sometimes a workplace environment can get pretty toxic. As people jostle for success and recognition, often they lose empathy for the people around them. If you find yourself badmouthing other people in private, or even to their face, that’s pretty toxic. Take a step back and try to see it from their perspective. Would it be better for you to try to build them up and support them instead of tearing them down?

At Justin Cobb Leadership Academy we believe that becoming a good leader is a lifelong journey. Take the time to cultivate the good and root out the bad, and you’ll have an easier time.

Photo by Siavash Ghanbari on Unsplash 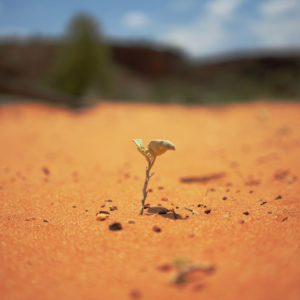 Mental strength is one of the most important traits an entrepreneur can foster. Starting a business is a difficult thing...