Justin Cobb on the Habits of Top Performers

In the world of business, there has always been a stark contrast between the average businessman, and the highest performing. Those who achieve consistent results and success may make up only a tiny percentage of the people you meet. You will also instantly know them when you meet them. So what is it about these people that makes them stand out? And more importantly, how can we emulate it and improve our own performance? We asked Justin Cobb for some of the habits that mark a high-performance person.

Anyone who has ever recruited staff will have heard almost everyone describe themselves as a ‘problem solver’. But has anyone ever described themselves to you as a ‘problem seeker’? High-performance people don’t just sit around and wait for problems to arise to be solved. They actively seek out problems and issues in their environment and try to solve them before they hurt their bottom line. This results in greater innovation within your company, and less unforeseen downtime.

Everyone has met that one guy in the office who has some ‘special sales trick’ that he won’t share. The image you get of that person is instantly not a likable one, but also, they’re never the highest performing people. Top performers know that when everyone around them is successful, they become more successful. So they share their knowledge with those around them and try to lift them up.

We’ve all met an ‘energy vampire’. People who just never seem to have any motivation or excitement, and who drag the room down with them. Most people aren’t like that. Most people have ups and downs with their motivation but are generally fairly reactive to their surroundings. High performers are energy radiators. They keep their energy high, and just like a radiator they spread that energy around and energize everyone around them.

Justin Cobb is a US entrepreneur, with business interests worldwide. He speaks regularly at international events on subjects related to success, business, and leadership. 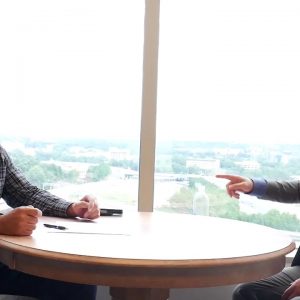 Justin Cobb was excited this week to be invited to chat on The Jesse Tee Show podcast, hosted by Jesse Todisco. Sitting...