Justin Cobb on the Pitfalls of ‘Precrastination’

As hyper-motivated, productive entrepreneurs, we are all aware of the dangers of procrastination. But many people are not aware that there is another side to this coin. The recently coined term ‘precrastination’ is defined as “The completion of a task too quickly or too early when taking more time would result in a better outcome.” Recent research conducted in the US which identified precrastinators as people who are obsessive completionists. These are the people ticking off items on their list as quickly as they can, and focusing on finishing lots of tasks.

In one experiment, the researchers gave participants the task of carrying a heavy bucket to the end of an alleyway. One bucket was sitting halfway along, while the second was sitting near the finish line. Most people chose to pick up the first bucket, even though this meant having to carry a heavier weight for longer. The researchers concluded that these people did this because they wanted to check this item off their list more quickly and lighten their mental load.

The analogy to a daily work schedule is clear. Are you the type of person who tries to get everything done as quickly as possible, even if waiting until later would make the task easier? You might be a precrastinator. But what can you do about it? The New York Times offered some tips and tricks to control precrastination:

Many people become stressed the more they feel like they have an insurmountable list of tasks. When stressed, we panic and fall back on our default behaviors. If your list seems too long, then start thinking about what you can delegate, or what you can diminish.

The problem with to-do lists is that they have no prioritization built in. So it’s easy to just do the first thing on the list. Write down not only what you need to do, but when you will do it. This takes the pressure off and allows you to focus on now.

Justin Cobb is an international entrepreneur and public speaker with offices across the globe. He regularly addresses audiences on a wide range of subjects relating to personal and business success. 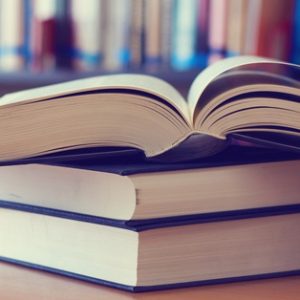 Justin Cobb is an international businessman and entrepreneur with a global network of companies and assets. But much like...