I want to tell you the story about the biggest losers of all time.

This guy had a pretty rough ride. When he was seven years old he and his family were forced out of their home and he had to work to help support them. To add to his problems, when he was 9 years old, his mother died. Not the best start in life.

When he was 22 he set up his first business and pretty quickly it failed. But he had aspirations to go into politics so when he turned 23 he ran for state legislature. He lost. Following that he tried to get into law school but nowhere that he applied would accept him. On turning 24 he borrowed some money from his friend to start a new business and within the year he was bankrupt, he spent the next 17 years paying off the debt he owed.

On turning 25 things started to look up a little, he ran for state legislature again and this time he won. Things got better and better when he turned 26 and he fell in love and got engaged to be married. Then disaster struck once more, his sweetheart died and the following year he had a nervous breakdown and ended up in an asylum for 6 months. After a long recovery he ran to become speaker of the state legislature and was defeated. All of this before he was 30.

At the age of 51 he had a pretty good year. He finally won an election. He was elected to be the 16th President of the United States of America. He was of course Abraham Lincoln.

There is a distinct difference between losing and being a loser and failing and being a failure. The difference is that with the latter in both examples you’ve given up. No successful businessperson or great leader has ever walked straight to the top. They’ve all had their failures, most of them have probably had far more than you and I have but they have all stuck at it. They’ve failed, they’ve lost, yet they’re remembered for their successes.

‘Stickativity’ might not be a real word but it really helps to explain an important trait for any businessperson to have. To some people it comes completely naturally, to others it’s something that you have to work on. For everyone it’s the key to a successful business and career. 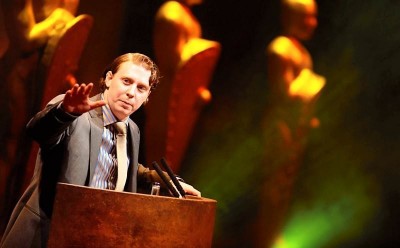