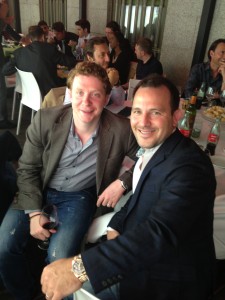 Justin Cobb comments about the best lessons from past and current entrepreneurs: Henry Ford, John D. Rockefeller and Donald Trump

Great leaders often have great lessons to share. Their stories remind us, especially in the business world -that failure is inevitable and that success in any business is a choice. And although we can not control our circumstances, what we can control is our response to them. And that is what makes a leader great: his decision to take responsibility in the chaos.

The following statements come from four influential entrepreneurs, past and present.

1. Be confident about who you are

“If money is your hope for independence you will never have it. The only real security that a man will have in this world is a reserve of knowledge, experience, and ability.” – Henry Ford, founder of Ford Motor Company.

Justin Cobb comments, “It can be easy to observe a successful entrepreneur and think, I bet things have come easily for them or they just got lucky. However after spending time with successful men and women I have learned that many of them have had tough times and found ways to overcome them and come out on top. What separates these people is their decision to not let their emotions dictate their financial situations, define its value or give them a sense of superiority over others. These people know that the money is made and lost easily. The only thing that really matters is to learn how to create and deliver value.”

“If you want to succeed you should strike out on new paths, rather than travel the worn paths of accepted success.”–John D. Rockefeller, founder of Standard Oil Company.

Justin Cobb thinks that this is the secret behind the innovation saying, “innovation is not achieved by mimicking the success of others, the great leaders create own success by taking calculated risks. The biggest change in my life occurred when I refused the security of having a 9-5 job and start a business.  It was a risk, but the benefits outweighed the risks involved and I went for it.”

3. Identifies when to move on

“Part of being a winner is knowing when enough is enough. Sometimes you have to give up the fight and walk away, and move on to something that’s more productive.” –  Donald Trump, entrepreneur and author.

“There is a big difference between perseverance and stubbornness. Foolishness involves forcing things work, while perseverance required working consistently on something that is is moving in the right direction,” continues Mr Cobb

Justin Cobb Is Making The Case On Face-To-Face

Justin Cobb Is Making The Case On Face-To-Face

Face-to-face engagement creates a personal connection and builds trust and a positive rapport between a company and its target...